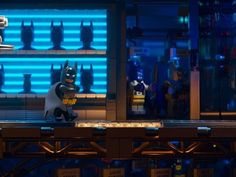 New photos give us a peek into Lego Batman's lair

The Batcave has a kitchen! 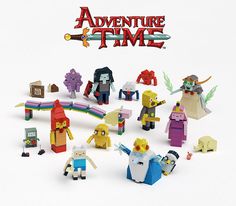 aBetterMonkey has created a LEGO set based on Cartoon Network's popular animated television series, Adventure Time. The set was recently approved by LEGO 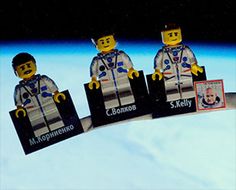 The first astronaut and cosmonaut to spend nearly a year aboard the International Space Station left a little bit, or rather a little version of themselves on the orbiting outpost before returning home to Earth. The two had LEGO minifigures of themselves and their crew. 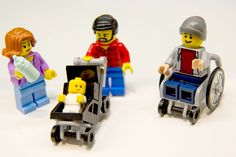 "We need to stay in tune with the world around us." 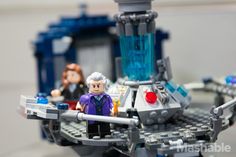 See the new Lego 'Ghostbusters,' 'Doctor Who' and 'Angry Birds' sets up close

Lego is showing off a series of collections that'll ignite your geek radar, from Ghostbusters to Doctor Who and Angry Birds.

Fans can use the plastic bricks to recreate moments from the original Star Wars trilogy, "The Force Awakens," "Star Wars: Rebels" and the upcoming "Lego Star Wars: The Freemaker Adventures" series. 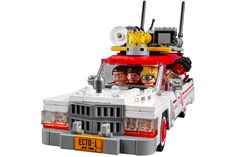 The new 'Ghostbusters' is getting its own LEGO set

The Ghostbusters reboot might be a geek's dream in more ways than one. LEGO has offered a peek at a new Ghostbusters set that recreates all the main characters and their gear in glorious detail, including the signature ECTO-1 car and an ECTO-2 motorbike. The new box of plastic bricks doesn't spoil too much of what's coming in the new movie, although there's a Red Daemon character (the new nemesis?) and hints that the assistant, Kevin, gets possessed. 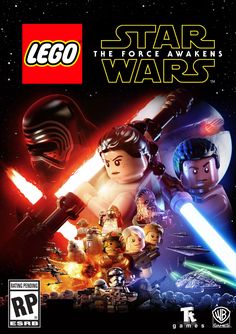 Warner Bros. Interactive Entertainment has revealed that LEGO Star Wars: The Force Awakens will be debuting on consoles this June!

Lego finally reveals its first minifigure with a wheelchair

After almost 84 years, Lego finally released its first ever minifigure to be attached to a wheelchair. 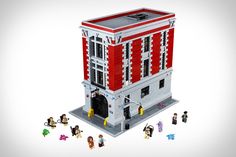 You've already got the ECTO-1. Give it a place to park with the LEGO Ghostbusters Firehouse HQ. Measuring over 14 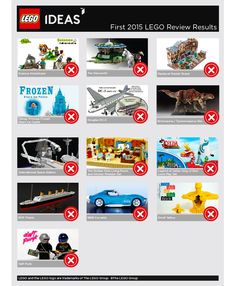 Latest LEGO Ideas Results Are In

Danish toy manufacturer Lego has inaugurated a wind farm off the coast of Germany. In an interview with DW, Lego's CEO talks about the company's efforts to run off 100 percent renewable energy - and otherwise go green. 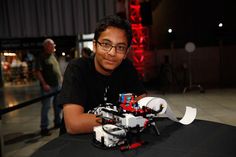 “Some [people] said that the market is not that big, or [that this is] a specialty product. I just went ahead with what I thought was right.” 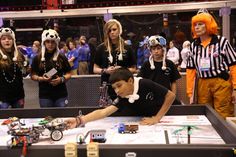 A Danish astronaut is bringing a set of little Lego astronauts to the International Space Station Friday as part of an education program.

LEGO To Produce Doctor Who Sets And Minifigures

The LEGO Group has signed a deal with the BBC to create LEGO playsets and minifigures based on Doctor Who.Minifugres will include the various incarnations if THe Doctor, his companions, and villains like the Daleks, the Cybermen, and the Weeping Angels.The idea for a Doctor Who LEGO set was [...]